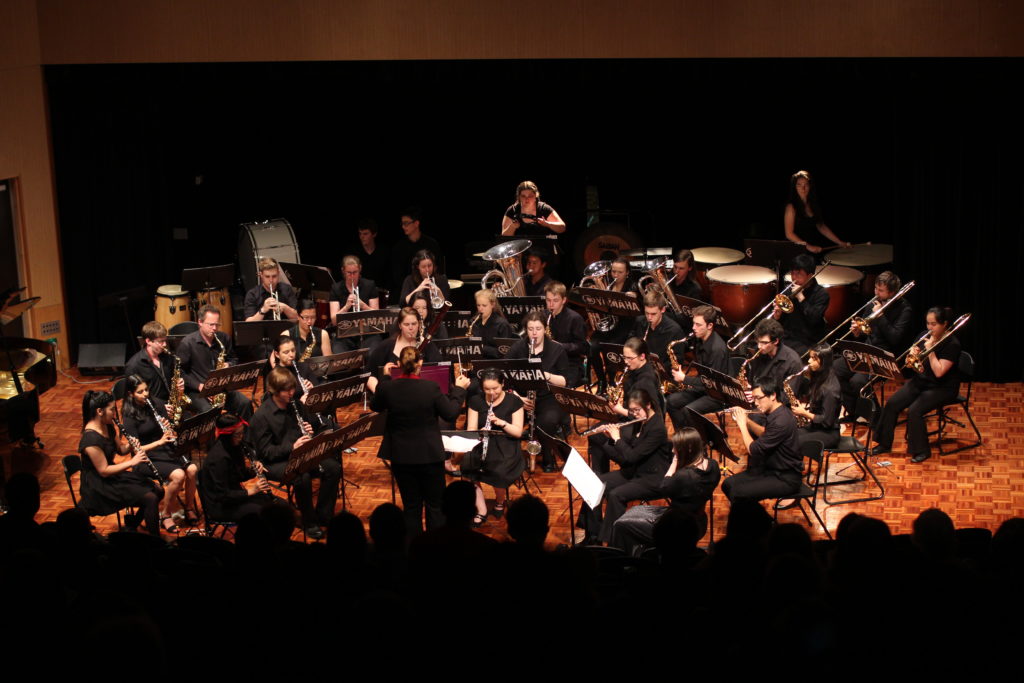 Monash Symphonic Winds is our concert band that has been running for over 10 years, and performs at Monash Phil concerts and also in combined performances with other community groups.

MSW play a variety of concert band repertoire from traditional works composed by Holst and Copland to modern works by Ticheli and Whitacre.

MSW is an amateur band that caters to a range of abilities, performing works in the medium-difficult range. If you played in a concert band back at school, MSW is the perfect opportunity to keep playing your instrument in a fun and social environment.